When I fire up The Sims Arthur always comments on “your little people”. I never played with dolls growing up, always preferring horses and dogs and even cows to the play dates my mom set up. Barbies? Nah, too boring.

Yes, I even chose chores over plastic babies.

Anyway, I started playing the Sims with the first iteration and though 3 is my favorite, as usual I moved into 4 when it was released. New has to mean better, right? Not when you’re talking about sims. I know people who won’t leave Sims 2! And 4 is just a mo better version of 2.

Just some pictures because I’m stalling until it gets really hot til I go outside and work in the yard. Heh…

Dawn Roarke, who wasn’t at all sure she wanted to be a plant sim… but being a scientist, quickly got with the program. Dawn loves pink and usually has pink hair. Thought it funny she didn’t lose her pink eyebrows (probably because they’re custom): 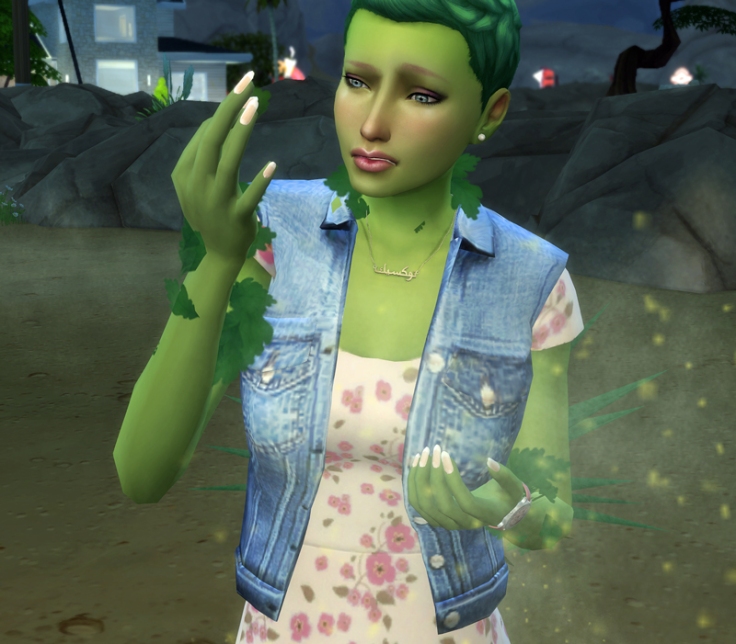 A female vamp whose name escapes me. Lost her during the last re-install.

Julie in Oasis Springs, who had twins and was thus blessed with 2 toddlers at the same time… poor thing didn’t get a bath for days…

…and some views of the city of San Myshuno, the part we can’t go to.. I miss Sims 3!

This site uses Akismet to reduce spam. Learn how your comment data is processed.