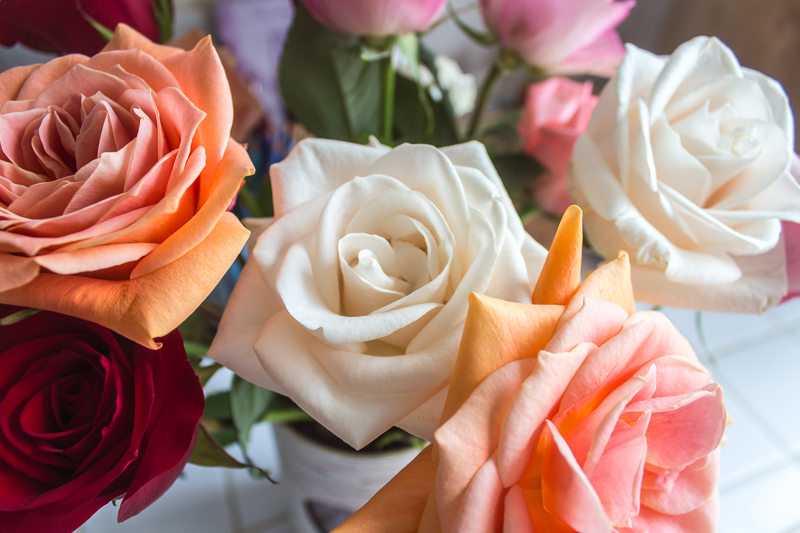 My Valentine roses have nothing whatsoever to do with the beach. But I think they’re pretty and since I didn’t have my camera last night…

Ever since we moved to Pompano Beach in 2002, I’ve been looking forward to leaving. Never ‘blooming where I’m planted’; never putting down roots of any kind here. Made few friends and don’t see them much. To my embarrassment I never even reach out to them, preferring an insulated existence. Why would I want to become good friends with people only to leave them? That’s happened before and I hate it.

The virtues of the area have made themselves known over the years… aside from a hurricane once in a while, the weather is usually wonderful. But the cost of living is so high we’d never be able to retire here, which means within the next couple of years we’ll be forced to make a move.

The beaches… are quite exquisite. I’ve always lived near the ocean and this time it’s only 10 miles due east. We went last night as the sun was setting; was able to stand at the water’s edge as it roared and look west as the orange and pink sky put on a show. The power, the sheer magnitude of it always leaves me awestruck.

One has to wonder why I’ve been trying to run from this place back to Texas… wasting years of my life looking back, just because it was my home, because of faraway friends? I miss them, but how blinkered is that?

This site uses Akismet to reduce spam. Learn how your comment data is processed.